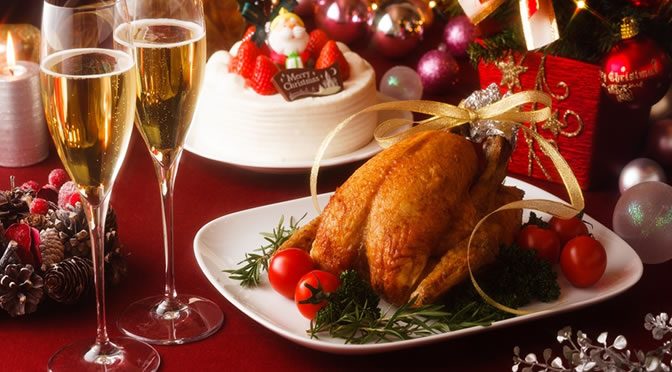 Although each country has different national holidays and festive seasons, they share one thing: increased eating of their favourite foods.

But the weight gain pattern reaches its peak during the holidays.

Unfortunately it takes almost half a year to get rid of the extra pounds gained.

Dr Brian Wansink, an author of the study, said:

“We found that in the U.S., it isn’t until after Easter, about a five-month period, that weight patterns even out.”

The research calculated 3,000 peoples’ weight change by using wireless digital scales in the U.S., Germany and Japan over the course of one year.

In all three countries, participants gained weight around Christmas and their weight increased especially within 10 days after Christmas.

In the U.S. weight gain starts increasing at Thanksgiving.

In all three countries, participants, on average, put weight on during national holiday and other major holidays.

For example, in Japan it is Golden Week, in Germany Easter and in the U.S. it is around Thanksgiving holiday.

The largest weight gains among American and German participants was during the Christmas/New Year holiday season and for the Japanese it was Golden Week.

It took on average of five months to lose the extra weight.

People’s weight was normally fairly stable between May and November.

“Everyone gains weight over the holidays — Americans, Germans, Japanese.

Instead of making a New Year’s resolution, make an October resolution.

It’s easier to avoid holiday pounds than to lose them after they happen.”

The study was published in The New England Journal of Medicine (Helander et al., 2016).