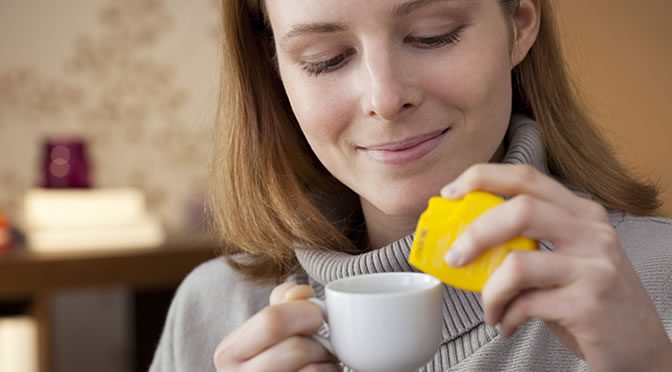 For those wishing to manage their weight, artificial sweeteners can help.

Some foods use ingredients like Sucralose (Splenda) to attain a low calorie level.

Sucralose is found in a wide range of low calorie foods, fizzy drinks and even chewing gums.

However, the common concern about artificial sweeteners  like sucralose is that they could be carcinogenic.

Now, researchers have confirmed that the ingestion of sucralose is safe, since it doesn’t cause cancer.

Professor Colin Berry, the lead author of this study, said:

“This latest review of sucralose studies should reassure those who choose sucralose, and can be particularly useful to scientists and healthcare professionals, who may be asked for information on low calorie sweetener safety.”

The accepted amount of daily intake of sucralose is 0 to 15 mg/kg body weight.

This level was established by the Joint Food and Agricultural Organization/World Health Organization Expert Committee on Food Additives.

However,  the research team found that sucralose intake didn’t show any carcinogenic activity,  even when the intake amount was higher than the Acceptable Daily Intake (ADI).

“Concerns are raised from time to time on what components of our lifestyle affect the rates of cancer.

Smoking and sunlight are on all our lists and obesity is beginning to be recognised as a major factor.

So low calorie sweeteners, which are important to many in managing their weight, need to be examined carefully in terms of lifetime use.”

The study was published in Nutrition and Cancer (Berry et al., 2016).