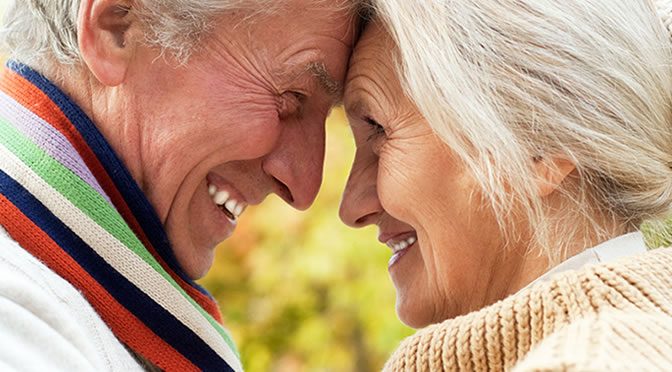 A five year study on people between 57 and 85 years of age reveals how heart health is affected by sex.

Having and enjoying sex in later age brings health benefits in older women although it doubles the risk of heart attacks in men.

Professor Hui Liu, the first author of the study, said:

“These findings challenge the widely held assumption that sex brings uniform health benefits to everyone.”

C-reactive protein is a protein found in the blood and its level will increase when there is inflammation throughout the body.

The study found that, among men, compared to abstainers, those who had sex at least once a week were more likely to have a heart attacks or the other related cardiovascular conditions.

“Strikingly, we find that having sex once a week or more puts older men at a risk for experiencing cardiovascular events that is almost two times greater than older men who are sexually inactive.

Moreover, older men who found sex with their partner extremely pleasurable or satisfying had higher risk of cardiovascular events than men who did not feel so.”

The researchers suggest that men, as they get older, might experience more pressure and demands from a sexual relationship that causes them sexual problems and puts their heart under stress.

“Because older men have more difficulties reaching orgasm for medical or emotional reasons than do their younger counterparts, they may exert themselves to a greater degree of exhaustion and create more stress on their cardiovascular system in order to achieve climax.”

Sexual stimulants such as Viagra and lower testosterone levels in older men may also play a role here.

“Although scientific evidence is still rare, it is likely that such sexual medication or supplements have negative effects on older men’s cardiovascular health.”

Unlike men, for women who reported a good sex life, there was a different scenario.

Women who found sex to be very enjoyable had lower blood pressure than those female participants who didn’t feel the same.

“For women, we have good news: Good sexual quality may protect older women from cardiovascular risk in later life.”

Several studies found that a deep, strong and close relationship can offer emotional and social support which improves mental and physical health and consequently reduces the risk of heart disease.

“This may be more relevant to women than to men, because men in all relationships, regardless of quality, are more likely to receive support from their partner than are women.

However, only women in good quality relationships may acquire such benefits from their partner.”

The study was published in the Journal of Health and Social Behavior (Liu et al., 2016).