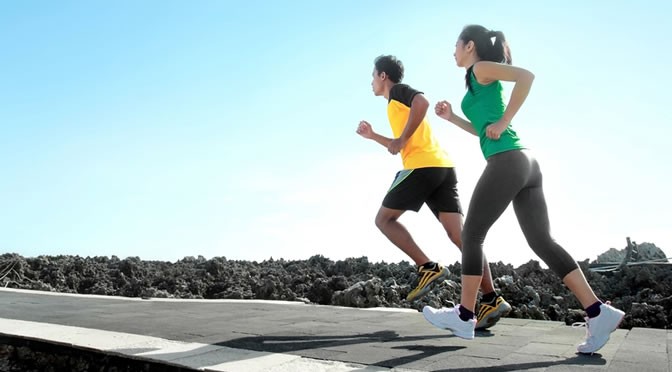 Too much jogging may have serious health implications, new study finds.

Jogging for more 2.4 hours per week is linked to similar rates of death to those with sedentary lifestyles who do no jogging at all, a new study finds.

The conclusion comes from a study of 5,048 healthy people in Denmark, which is published in the Journal of the American College of Cardiology (Schnohr et al., 2015).

The researchers followed 1,098 healthy joggers along with 413 healthy but sedentary people over a period of 12 years.

The results showed that strenuous joggers were as likely to die as those who did no jogging at all.

The lowest rates of death, meanwhile, were seen among the light joggers who did between 1 and 2.4 hours per week.

The pace of jogging associated with the lowest rates of death was slow or moderate and the optimal amount of times to go jogging each week was three — for between 20 and 48 minutes.

Although classified as ‘light joggers’, the exercise they were doing counts as vigorous, as Dr Peter Schnohr, who led the study, explains:

When performed for decades, this activity level could pose health risks, especially to the cardiovascular system.”

Previous studies have also found that too much vigorous exercise can be bad for the body.

“The U-shaped association between jogging and mortality suggests there may be an upper limit for exercise dosing that is optimal for health benefits.

If your goal is to decrease risk of death and improve life expectancy, jogging a few times a week at a moderate pace is a good strategy.

Anything more is not just unnecessary, it may be harmful.”