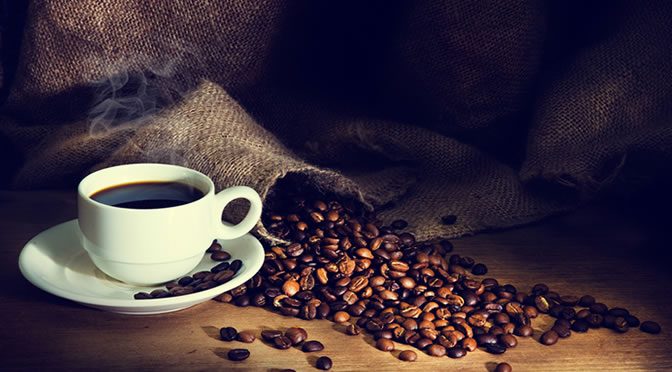 Moderate drinking on a regular basis is suggested as part of a healthy, balanced diet.

A study has found that everyday coffee drinking in non-smokers can lower the risk of dying from neurological disorders, type 2 diabetes, heart disease and suicide.

People who drank 1 to 5 cups of coffee per day were less likely to die early.

Drinking coffee seems to have health benefits, whether it is caffeinated or decaffeinated.

This might be due to chemical compounds naturally present in coffee beans.

Dr Ming Ding, the first author of this study, said:

They might be responsible for the inverse association between coffee and mortality.

However, more studies are needed to investigate the biological mechanisms producing these effects.”

The data were from three large ongoing studies with 208,501 participants followed for a total of 30 years.

They found that the amount of daily caffeinated and decaffeinated coffee drinking has a direct effect on lowering risk of death related to type 2 diabetes, heart disease, neurological disorders such as Parkinson’s disease and suicide.

Professor Frank Hu , a senior author of this study, said:

“Regular consumption of coffee can be included as part of a healthy, balanced diet.

However, certain populations such as pregnant women and children should be cautious about high caffeine intake from coffee or other beverages.”