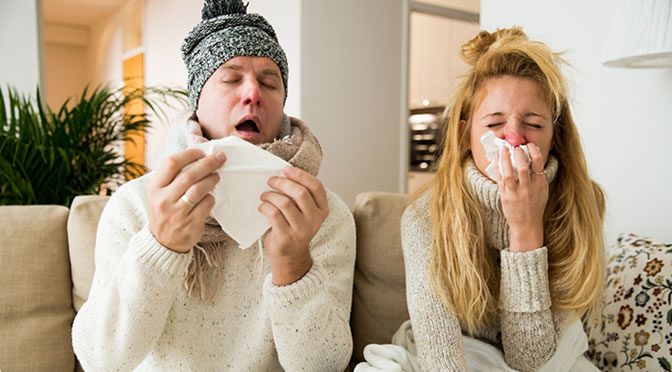 Your first type of childhood flu can predict the chance of survival in an outbreak of the flu virus in later life.

Our immune system in general can fight infection or deal with influenza, even though we experience some distress for some time.

But once in a while  a new type of influenza spreads and can turn into an epidemic.

In this case scientists believe that it is possible to predict the likelihood of getting  seriously ill, dying or surviving, only by your birth year.

Previously  it was believed that earlier exposure to a flu virus won’t give enough immunity against new influenza outbreaks from animals to humans.

On the contrary, new  research suggests that the very first type of flu virus a  person encounters during childhood leaves on the immune system an imprint to provide protection against similar strains in adulthood.

For this study they tested two types of bird flu viruses, avian H5N1 and H7N9.

Both viruses spread very fast from animals to human and in the past they have caused many illnesses and deaths in humans.

These viruses can possibly mutate and again jump from birds to humans and spread between people.

The human body makes antibodies when exposed to the flu virus for the first time to target hemagglutinin, a viral protein.

Dr Michael Worobey, a senior authors of the study, explains:

“In this analogy, let’s say you were first exposed to a human ‘orange lollipop’ flu as a kid.

If later in life you encounter another subtype of flu virus, one from a bird and one that your immune system has never seen before but whose proteins also are of a similar ‘orange’ flavor, your chances of dying are quite low because of cross-protection.

But if you were first infected with a virus from the ‘blue lollipop’ group as kid, that won’t protect you against this novel, ‘orange’ strain.”

These findings explain why some age groups are more likely to suffer severely from an infection by new flu viruses.

“All sorts of possibilities have been put forth, and here my colleagues from UCLA and I present a strong result showing that whatever other minor factors are at play, there is one really major one, and that is — surprise, surprise — we’re not a completely blank slate when it comes to how susceptible we are to these emerging flu viruses.

Even if we’ve never been exposed to H5 or H7 viruses, we have some kick-ass protection against one or the other.”

There is some hope to find possible ways for a universal  vaccine for protecting against a flu epidemic, however, there are problems  as Dr Worobey concluded:

It’s good news in the sense that we can now see the factor that really explains a big part of the story: Your first infection sets you up for either success or failure in a huge way, even against ‘novel’ flu strains.

The bad news is the very same imprinting that provides such great protection may be difficult to alter with vaccines: A good universal vaccine should provide protection where you lack it most, but the epidemiological data suggest we may be locked into strong protection against just half of the family tree of flu strains.”