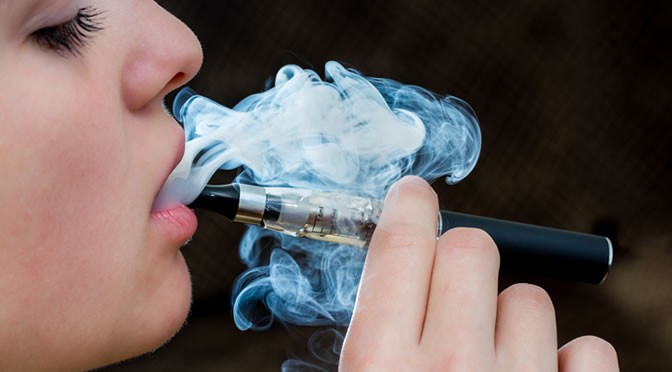 Contrary to what many believe, e-cigarettes are not harmless, study finds.

E-cigarettes are far from harmless, contrary to what many believe, as a new Johns Hopkins study shows they can compromise the immune system and generate some dangerous chemicals.

Professor Shyam Biswal, the author of the new study on e-cigarettes, said:

“Our findings suggest that e-cigarettes are not neutral in terms of the effects on the lungs.

We have observed that they increase the susceptibility to respiratory infections in the mouse models.

This warrants further study in susceptible individuals, such as COPD patients [Chronic obstructive pulmonary disease] who have switched from cigarettes to e-cigarettes or to new users of e-cigarettes who may have never used cigarettes.”

The study compared two groups of mice, one that was exposed to e-cigarette vapour typical for human intake over two weeks; while the other breathed normal air.

Two-thirds of the mice were then exposed to two common diseases: flu and pneumonia.

The results, published in the journal PLOS ONE, revealed that the mice who had been breathing the e-cigarette smoke were more likely to have a weaker immune response (Sussan et al., 2015).

However, when this exposure was followed by a bacterial or viral infection, the harmful effects of e-cigarette exposure became even more pronounced.

The e-cigarette exposure inhibited the ability of mice to clear the bacteria from their lungs, and the viral infection led to increased weight loss and death indicative of an impaired immune response.”

The researchers also found that e-cigarettes contain ‘free radicals’, toxins which can cause damage to the body’s cells.

“We were surprised by how high that number was, considering that e-cigarettes do not produce combustion products.