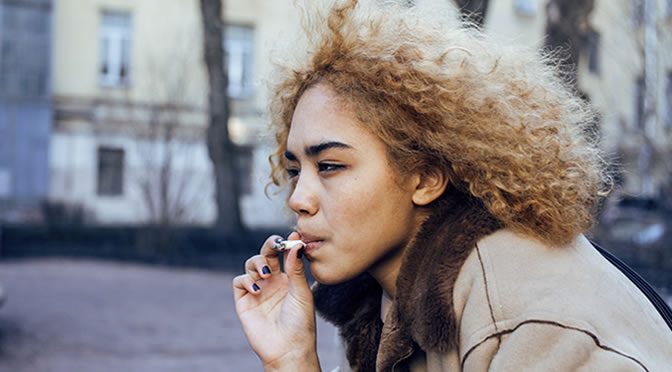 Smoking changes more than 7,000 genes and is linked to cancer, lung disease and gastrointestinal problems.

Smoking cigarettes leaves a damaging ‘footprint’ on human DNA by changing thousands of genes in ways which last for at least three decades, even after quitting.

However, a new study finds that the damage to health will mostly be reversed within five years of quitting smoking, so it is never too late.

The researchers  looked at 16 prior studies and analysed the results from 16,000 peoples’ blood samples.

They found that some genetic changes remained in patients even 30 years after giving up smoking, but most genes were repaired within five years of quitting.

Dr Stephanie London, one of the study’s author, said:

“Although this emphasizes the long-term residual effects of smoking, the good news is the sooner you can stop smoking, the better off you are.”

The unhealthy habit contributes to long-term risks of various diseases and is responsible for 6 million deaths each year worldwide.

“Those of us who deal with smoking as a public health problem understand … that anything you look at seems to be affected by smoking.

Many cancers, bone disease, lung disease, heart disease, [gastrointestinal] problems—smoking has such a wide array of effects, it’s not especially surprising to hear its epigenetic effects.

The message here is that smoking has an enormous, widespread impact on your genes.

Most of it is reversible, but some is not. So if you smoke, you’re going to alter your genetic makeup in a way that’s not totally reversible.”

The study was published in the journal Circulation: Cardiovascular Genetics (Joehanes et al., 2016).