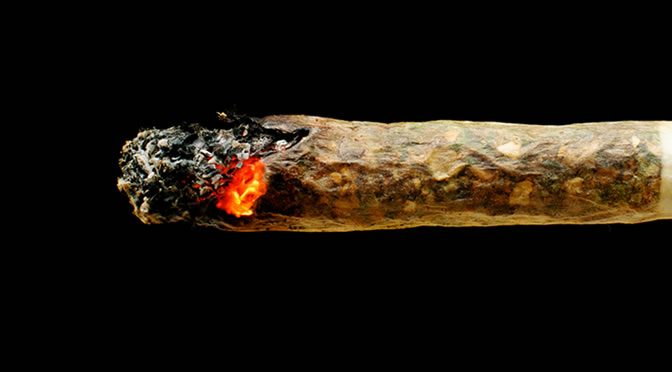 The world’s most popular drugs are tobacco and cannabis, making up for more than 1 billion smokers and 182 million people using cannabis worldwide.

Mixing tobacco with cannabis raises the chance of addiction to either drug, a new study suggests.

While smoking cannabis is less addictive than cigarettes, many marijuana users mix this drug with tobacco to save money and increase the efficiency of inhalation.

But this combination increases dependency and dramatically reduces the motivation to quit the drug or to seek professional help.

Ms Chandni Hindocha, the first author of this study, said:

“Cannabis dependence and tobacco dependence manifest in similar ways, so it is often difficult to separate these out in people who use both drugs.

Cannabis is less addictive than tobacco, but we show here that mixing tobacco with cannabis lowers the motivation to quit using these drugs.”

Routes of administration of the drug are different between countries, for example joints, blunts or pipes are more popular in Europe than other countries.

However only 16% of Canadians and 4.4% of Americans combine cannabis with tobacco.

The study finds that those not combining tobacco and cannabis are 61.5% more likely to ask for professional help and 80.6% more willing to smoke fewer cigarettes.

The impact of tobacco on human health is well-known, but the adverse health effects of cannabis are less understood.

The long-term effects of cannabis include psychological and physical dependence, permanent decline in cognitive performance, cancers, respiratory and cardiovascular diseases.

This study was published in Frontiers in Psychiatry (Hindocha et al., 2016).