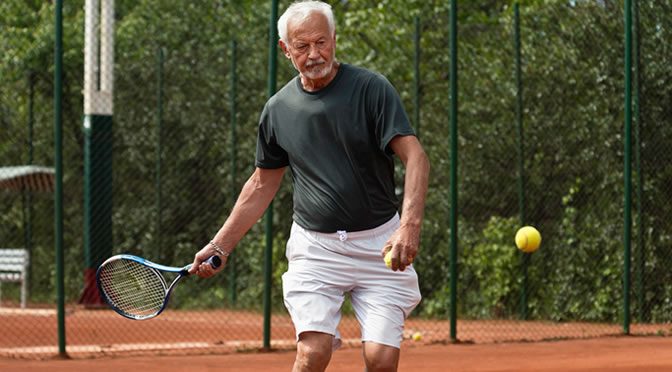 We all know that physical activities can improve our quality of life: they improve mental health, increase fitness and longevity.

But when it comes to which one is most effective, researchers suggest racquet sports.

So give tennis or badminton a chance and try some lessons since regularly playing tennis, squash and badminton is the best way to live longer.

By contrast, football and rugby may have the least effect on reducing the chance of death.

They looked into the protective effects of different sports against early death.

The subjects were asked a series of questions including if they had taken part in any of following sports in the preceding 4 weeks:

They were also asked how often they did the sport, the duration and if the exercise was intense enough to make them breathless and sweaty.

Participants were tracked for 9 years and during this period those who were involved in a sporting activity showedn the following reduced risks of death:

Surprisingly, they found the odds of death caused by heart disease or stroke was reduced for racquet sports by 56%, swimming by 41% and aerobics by 27%  but football, running and cycling showed no apparent protective effect.

The researchers give several explanations.

Runners are more likely to be younger, non smokers and slimmer so once these factors have been taken into account, it is harder to measure its protective effect.

In addition, among runners and footballers there were very few deaths since only a few participants played football or rugby regularly (these sports tend to be seasonal).

Also, racquet sports and swimming involve the kind of exercise that works the whole body, whereas running works mostly the heart.

The study was published in the British Journal of Sports Medicine (Oja et al., 2016).