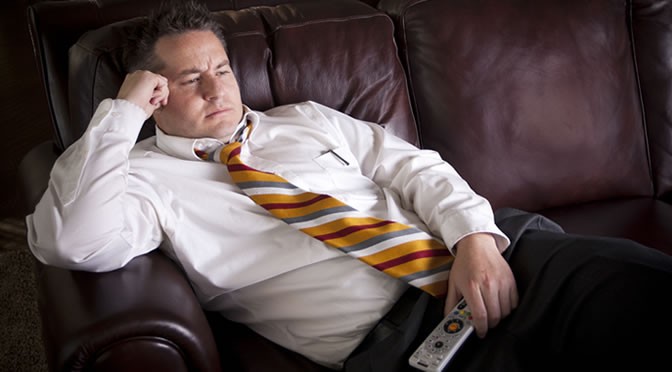 Too much sitting down has been linked to cancer, diabetes and other illnesses.

Sitting disease — caused by a sedentary lifestyle — is more deadly than smoking or cancer, a recent study found.

But how much exercise do you need to avoid sitting disease?

Now a new study suggests it’s not that much.

As little as two minutes of walking each hour is enough to reduce the health risks of a sedentary lifestyle, the new study finds.

The results come from research in which people’s movement was measured as they moved around every day.

People were then followed up over three years to examine their mortality and any associations with how much they moved around.

The study found that swapping sitting for a light intensity activity like casual walking or cleaning was enough to reduce mortality by 33%.

“It was fascinating to see the results because the current national focus is on moderate or vigorous activity.

To see that light activity had an association with lower mortality is intriguing,”

Walking for just two minutes in each hour, the scientists say, is enough to burn an extra 400 calories over the week.

“Based on these results we would recommend adding two minutes of walking each hour in combination with normal activities, which should include 2.5 hours of moderate exercise each week,”

Moderate exercise has the advantage of strengthening the heart, bones and muscles.

It also confers extra benefits that can’t be obtained from light exericise alone.

Dr Tom Greene, one of the study’s authors, said:

“Exercise is great, but the reality is that the practical amount of vigorous exercise that can be achieved is limited.

Our study suggests that even small changes can have a big impact.”

The study was published in the Clinical Journal of the American Society of Nephrology (Beddhu et al., 2015).