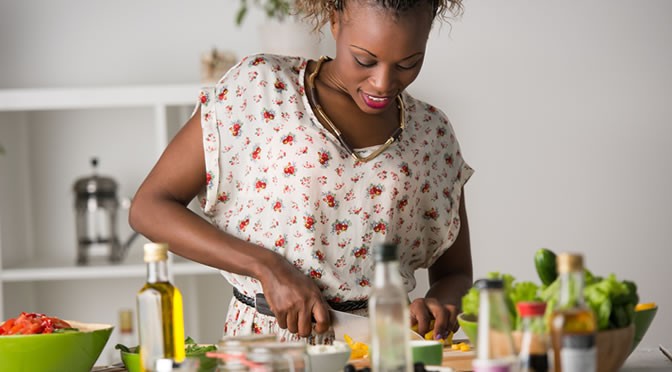 Western diets are typically high in protein and fat and low in fibre.

African diets are high in fibre but low in protein and fat.

The study involved a group of 20 African Americans swapping diets with 20 people from rural South Africa.

Before and afterwards all the participants had a battery of medical tests.

Americans who went on an African diet for two weeks showed a reduction in the number of polyps in their colons.

While harmless in themselves, polyps can progress to cancer and are considered a warning sign.

Africans who went on an American diet saw a correspondingly massive increase in cancer risk.

Professor Jeremy Nicholson, one of the study’s leaders at Imperial College London, said:

“We can’t definitively tell from these measurements that the change in their diet would have led to more cancer in the African group or less in the American group, but there is good evidence from other studies that the changes we observed are signs of cancer risk.

The findings suggest that people can substantially lower their risk of colon cancer by eating more fibre.

This is not new in itself but what is really surprising is how quickly and dramatically the risk markers can switch in both groups following diet change.

These findings also raise serious concerns that the progressive westernization of African communities may lead to the emergence of colon cancer as a major health issue.”

Professor Stephen O’Keefe, the study’s director from the University of Pittsburgh, said:

“Studies on Japanese migrants to Hawaii have shown that it takes one generation of westernization to change their low incidence of colon cancer to the high rates observed in native Hawaiians.

Our study suggests that westernization of the diet induces changes in biomarkers of colon cancer risk in the colonic mucosa within two weeks.

Perhaps even more importantly, a change in diet from a westernized composition to a ‘traditional African’ high fiber low fat diet reduced these biomarkers of cancer risk within two weeks, indicating that it is likely never too late to change your diet to change your risk of colon cancer.”

The study was published in the journal Nature Communications (O’Keefe et al., 2015).