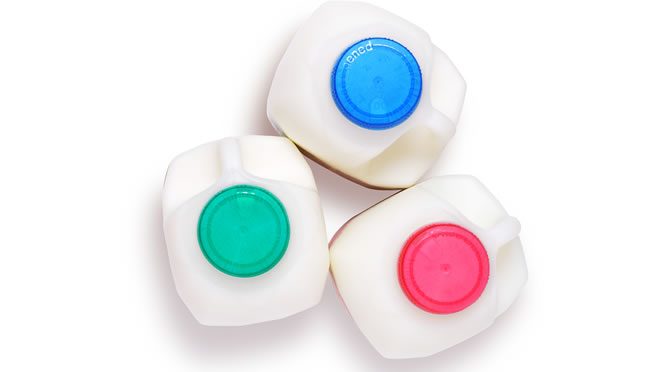 A surprising answer given that public health advice is often to cut down on fat to help prevent obesity.

Children who drink full fat milk turn out to have higher vitamin D levels and end up leaner compared to those who drink skimmed milk or low-fat milk.


The new research suggests that children on full fat milk are slimmer when they grow up.

Research on 2,745 children from two to six years old found those who drank whole milk (3.25% fat content) ended up with a lower body mass index (BMI) than those kids given lower fat milks (1% or 2% fat content).

Also, children who drank full fat milk were less hungry and consequently they ended up not craving high calorie snacks.

The study didn’t look at the reasons why higher fat milks are linked to a lower BMI but Dr Jonathon Maguire, the lead study author, thinks it could be down to feelings of fullness.

In addition, the study shows that children who drank one cup of whole milk every day had comparable levels of vitamin D to those drinking 3 cups of skimmed milk.

This could be due to the fact that vitamin D dissolves in fat, therefore higher fat content milk contains higher amounts of vitamin D.

Also there is an inverse relationship between storing vitamin D and body fat.

Dr Maguire pointed out that current guidelines recommending low fat milk for children should be re-examined since in the past 30 years childhood obesity has tripled while drinking whole milk has dropped by half during this period.

“What kind of milk our children should be consuming is something we need to seek the right answer for.”

The study was published in the American Journal of Clinical Nutrition (Vanderhout et al., 2016).