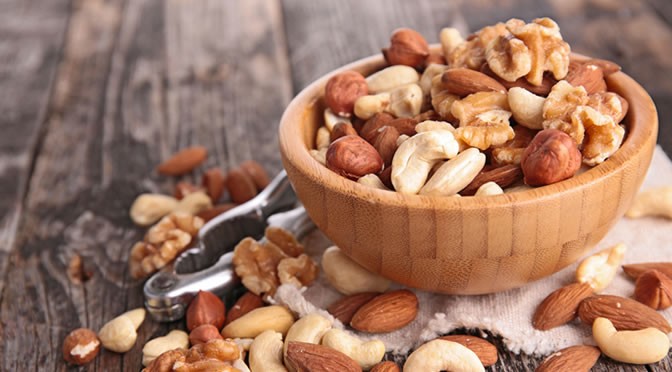 Certain nuts have a protective effect against cancer, heart disease and Alzheimer’s.

Nuts and peanuts — but not peanut butter — have a protective effect on health, a new study finds.

Both men and women who consumed at least 10 grams of nuts or peanuts each day had a lower risk of death.

The lowered risks were seen across a range of diseases.

Nuts and peanuts have the greatest protective effect against respiratory diseases, diabetes and neurodegenerative diseases like Alzheimer’s.

Lower protective effects were seen for cancer and heart disease.

“It was remarkable that substantially lower mortality was already observed at consumption levels of 15 grams of nuts or peanuts on average per day (half a handful).

A higher intake was not associated with further reduction in mortality risk.

This was also supported by a meta-analysis of previously published studies together with the Netherlands Cohort Study, in which cancer and respiratory mortality showed this same dose-response pattern.”

The conclusions came from Dutch study which has followed over 12,000 Dutch people since 1986.

This is not the first study to show the benefits of nut intake.

Nuts contain many different vitamins, antioxidants and other bioactive compounds which may be responsible for the positive effect.

The study was published in the International Journal of Epidemiology (van den Brandt & Schouten, 2015).