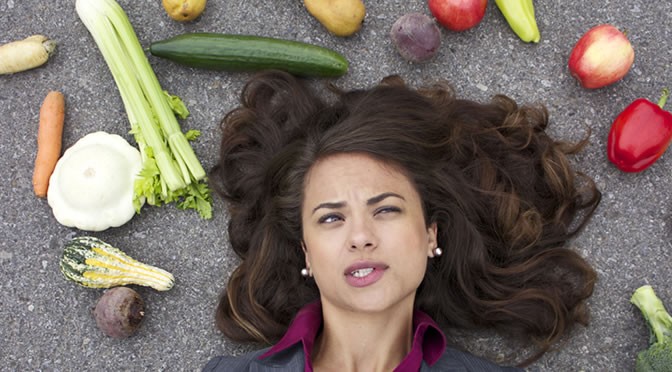 Weight loss increased 43% and hunger decreased up to 95% by this vegetable.

Consuming spinach extract reduces cravings and hunger up to 95%, a new study has found.


It is the thylakoids found in spinach which promote the release of satiety hormones such as leptin.

Satiety hormones are responsible for the feeling of fullness and important in slowing down fat digestion.

For the research participants who were overweight or obese consumed either a placebo or the spinach extract in random order at least a week apart.

The participants’ blood glucose and lipid levels were measured before a normal breakfast.

Four hours later they had 5 grams of the extract and a standard lunch.

The results showed that the spinach extract increased fullness over two hours compared to the placebo.

Four hours later, the participants had 5 grams of the extract and a normal meal.

In another recent study, researchers found that thylakoids reduced the urge for sweets in overweight women (Montelius et al., 2014).

In this study the participants had 5 grams of spinach extract before breakfast over 3 months.

The results showed that thylakoids increased weight loss by 43% and decreased hedonic hunger up to 95%.

Hedonic hunger refers to cravings for unhealthy foods such as sweets or fast food.

It is a common cause of unhealthy eating habits and obesity.

Professor Charlotte Erlanson-Albertsson, one of the study’s authors, said:

“In the study, the control group lost an average of 3.5 kg while the group that was given thylakoids lost 5 kg.

The thylakoid group also found that it was easier to stick to three meals a day — and they did not experience any cravings.

Our analyses show that having a drink containing thylakoids before breakfast reduces cravings and keeps you feeling more satisfied all day.”

The spinach extract works by slowing down the digestion process.

This gives the intestinal hormones more time to release and send the message to the brain that we are satisfied.

“It is about making use of the time it takes to digest our food.

There is nothing wrong with our digestive system, but it doesn’t work well with the modern ‘pre-chewed’ food.

The thylakoids extend digestion, producing a feeling of satiety.

This means that we are able to stick to the diet we are meant for without snacks and unnecessary foods like sweets, crisps and such.”

The latest study is published in the Journal of the American College of Nutrition (Rebello et al., 2015).