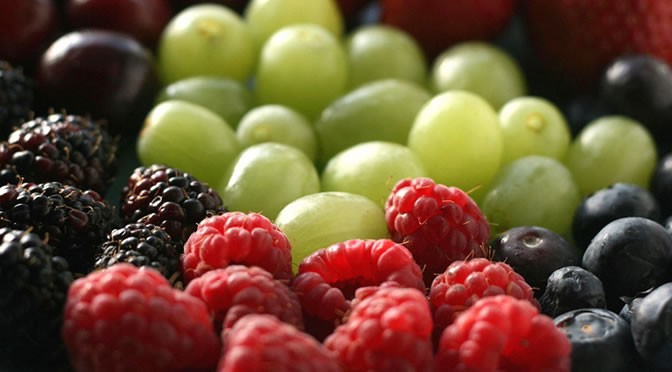 Reduce your blood pressure and arterial stiffness with one cup a day.

One cup of blueberries each day may be enough to decrease arterial stiffness as well as lower blood pressure, a new study finds.

“Our findings suggest that regular consumption of blueberries could potentially delay the progression of prehypertension to hypertension, therefore reducing cardiovascular disease risk.”

The study focused on postmenopausal women, who are at a higher risk of cardiovascular disease.

“Cardiovascular disease is the leading cause of death in the United States.

Once women go through menopause, this puts them at an even greater risk for it.

Our findings suggest that the addition of a single food, blueberries, to the diet may mitigate the negative cardiovascular effects that often occur as a result of menopause.”

The 48 women in the study, published in the Journal of the Academy of Nutrition, were given either 22 grams of freeze-dried blueberry powder or a placebo (Johnson et al., 2015).

They were followed over eight weeks and kept to their normal exercise and diet routines, other than the powder.

On top of this, those taking the blueberry powder had 6.5% lower arterial stiffness, another contributing factor for cardiovascular disease.

This is the first study to show these benefits from a relatively manageable portion of blueberries — previous studies have tested the equivalent of 11 cups, which is obviously not realistic for daily intake.

Blueberries likely work, at least partly, because they increase levels nitric oxide, which is known to widen the blood vessels.