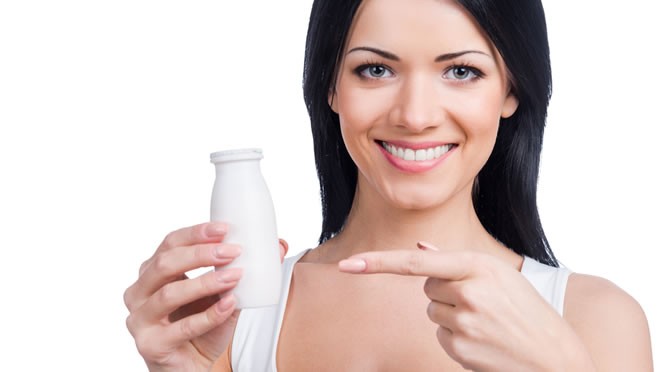 A type of probiotic which is present in dairy foods like parmesan cheese, could help women lose weight.

The study, published in the British Journal of Nutrition, found that women given Lactobacillus rhamnosus lost twice as much weight while dieting (Sanchez et al., 2013).

Although men were included in the study, the probiotic apparently had no effect on them.

Professor Angelo Tremblay, an expert on obesity and its causes, who led the study, said:

“We don’t know why the probiotics didn’t have any effect on men.

It may be a question of dosage, or the study period may have been too short.”

The study lasted 24 weeks and followed 125 overweight men and women as they tried to lose weight.

For the first 12 weeks everyone in the study followed a weight loss diet.

Half the participants, though, also had 2 pills per day containing a probiotic from the Lactobacillus rhamnosus family.

The rest continued their diet but had a placebo twice a day.

At the end of the study women who took the probiotic had lost an average of 4.4kg.

This was in comparison to those not taking the probiotic who lost 2.6kg on average.

The effects of the probiotic even appeared to continue after people had stopped taking it.

People were followed over the next 12 weeks as they tried to maintain their weight at the new level.

Women who had not taken the probiotic remained at the same weight.

But those who had taken it continued to lose weight, with a total weight loss of 5.2kg across the whole study.

The scientists are not yet sure exactly why these probiotics work.

However, one theory is that they may change the permeability of the intestinal wall.

This may help keep some proinflammatory molecules from entering the bloodstream.

In turn, this helps a person avoid glucose intolerance and type 2 diabetes.

The probiotic Lactobacillus rhamnosus is present in some yoghurts and is available as a supplement.

Professor Angelo Tremblay says, though, that the probiotic is most likely to be effective when taken with adequate fibre and a low-fat diet.