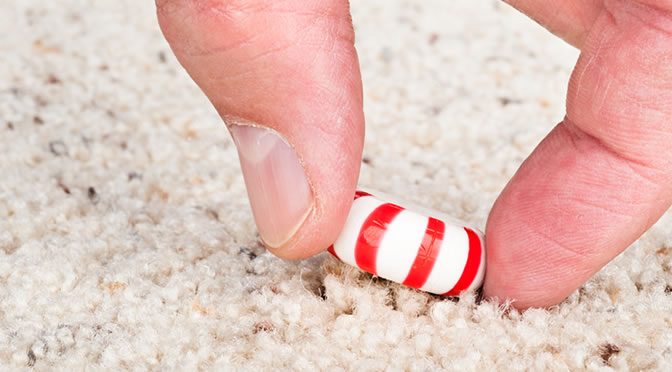 People say it is safe to scoop up food within five seconds after it has fallen on the floor. Is that true?

Dropped some food on the floor?

No matter how fast you pick it up, the bacteria can transfer in less than one second, new research finds.

“The popular notion of the ‘five-second rule’ is that food dropped on the floor, but picked up quickly, is safe to eat because bacteria need time to transfer.

We decided to look into this because the practice is so widespread. The topic might appear ‘light’ but we wanted our results backed by solid science.”

They covered those four surfaces with bacteria and let the surfaces get completely dry before dropping the food samples.

Water melon had the highest level of contamination while gummy candy had the least.

“Transfer of bacteria from surfaces to food appears to be affected most by moisture.

Bacteria don’t have legs, they move with the moisture, and the wetter the food, the higher the risk of transfer.

Also, longer food contact times usually result in the transfer of more bacteria from each surface to food.”

Unexpectedly, the transfer rates of bacteria on the carpet were very low compared to stainless steel and ceramic tiles.

For wood surfaces the transfer rates varied depending on what food sample was dropped on it.

“The topography of the surface and food seem to play an important role in bacterial transfer.”

These findings show the importance of factors such as the nature of the food, the surface that the food drops on and the contact time.

“The five-second rule is a significant oversimplification of what actually happens when bacteria transfer from a surface to food.

The study was published in the journal Applied and Environmental Microbiology (Miranda & Schaffner, 2016).

Food on carpet image from Shutterstock