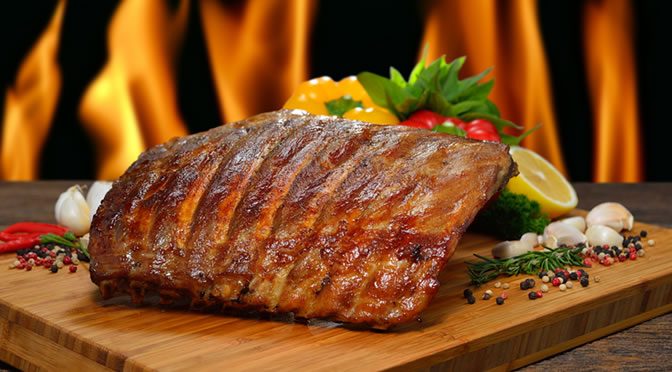 Neu5Gc is a sialic acid sugar molecule found in red meat that not natural to the human body.

A number of studies have suggested a link between the consumption of red meat and different types of cancers.

Now researchers from the University of California and Xiamen University believe that an acid sugar called “Neu5Gc” is the reason.

It is abundant in most mammals — especially pig organs — and it seems that its concentrations increase in red meats and organs with cooking.

After eating red meats Neu5Gc is absorbed into human tissues, but our immune system identifies it as a foreign threat and in response generates antibodies to attack it.

By frequently eating high amounts of red meats and organs, Neu5Gc levels will increase in the body, causing chronic inflammation, a risk factor for cancer.

“We were rather surprised that organ meats from pigs have alarmingly high levels of Neu5Gc.

Although we do not know quantitatively what levels trigger an immune response, if you’re going to eat organ meat, you’re going to have a potentially greater risk of certain inflammatory diseases.”

It has been suggested that the toxicity levels of Neu5Gc are high in China and countries where individuals eat organ meats in large quantities.

The eating of organs is increasing in the U.S. and many western countries.

The World Cancer Research Fund urges people to avoid processed meats including salami, ham and bacon as much as they can and consume less than 500g a week of red meat, including pork, beef and lamb.

The study was published in the Glycoconjugate Journal (Ji et al., 2016).