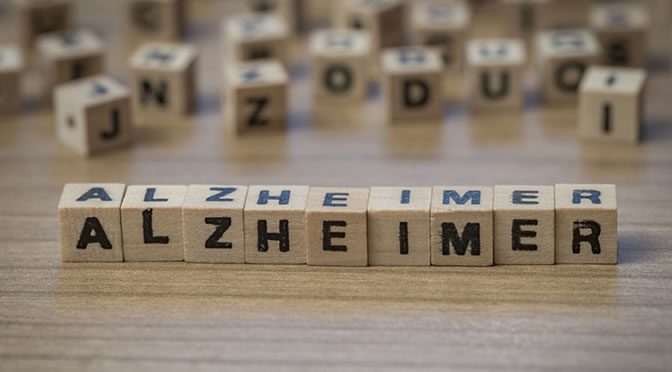 High doses of the drug can affect amyloid plaques.

Amyloid is a protein found in the body: however, in Alzheimer’s patients this protein builds up into beta amyloid, which is toxic to the brain’s nerve cells.

A study by neuroscientists in mice has found that high amounts of broad-spectrum antibiotics over five to six months reduces the level of amyloid plaques and activates the inflammatory response of the microglia (immune defence cells in the central nervous system).

These changes suggest the diversity and composition of gut bacteria are vital for the regulation of immune system activity, which in turn changes the course of Alzheimer’s disease.

This is an area that people who work with neurodegenerative diseases are going to be increasingly interested in, because it could have an influence down the road on treatments.”

The accumulation of amyloid-beta (Aβ) peptides in the brain and inflammation of microglia are the main indicators of Alzheimer’s.

The formation of Aβ plaques plays a key part in the start of Alzheimer’s, whereas the inflammation of nerve cells influences the amount of cognitive decline.

To examine the influence of gut microbiota on the nervous system — and so Aβ deposition — Professor Sisodia and his team gave the test mice a wide range of antibiotics in high dosages for six months.

Then they carried out a genetic analysis of gut bacteria.

They noticed that the total mass of microbes in the antibiotic-treated mice was the same as the control group, but the community’s diversity was severely changed in the treated mice.

There were also a two-fold reduction of Aß plaques the microglia in the brain were more inflamed compared to the control group.

Dr Myles Minter, the first author of the study, pointed out:

“We don’t propose that a long-term course of antibiotics is going to be a treatment — that’s just absurd for a whole number of reasons.

But what this study does is allow us to explore further, now that we’re clearly changing the gut microbial population and have new bugs that are more prevalent in mice with altered amyloid deposition after antibiotics.”

“We have to find ways to intervene when a patient starts showing clinical signs, and if we learn how changes in gut bacteria affect onset or progression, or how the molecules they produce interact with the nervous system, we could use that to create a new kind of personalized medicine.”

The study was published in Scientific Reports (Minter et al., 2016).