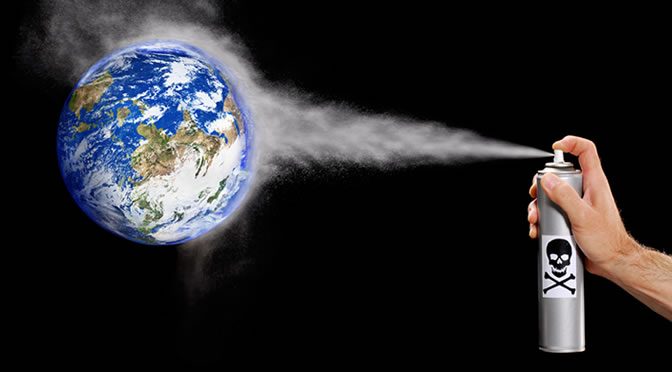 Dozens of health practitioners, scientists and children’s health advocates call for reductions in everyday chemicals in the environment.

The most concerning chemicals include:

The other type of chemicals  of concern are polychlorinated biphenyls (PCBs) which were widely used in coolant fluids in electrical apparatus and lubricants in transformers, but were banned in 1997 in the U.S.

PCBs exist in the environment for decades and can contribute to child brain damage.

Due to exposure to these chemicals, children are at unacceptably high risk of neurodevelopmental disorders, the new report warns.

Damage to the brain and nervous system leads to complex disorders  such as intellectual, learning and behavioral disabilities, attention deficit hyperactivity and autism.

Professor Susan Schantz, one of individual signatories to the consensus statement, says:

“These chemicals are pervasive, not only in air and water, but in everyday consumer products that we use on our bodies and in our homes.

Reducing exposures to toxic chemicals can be done, and is urgently needed to protect today’s and tomorrow’s children.”

“The human brain develops over a very long period of time, starting in gestation and continuing during childhood and even into early adulthood.

But the biggest amount of growth occurs during prenatal development.

The neurons are forming and migrating and maturing and differentiating.

And if you disrupt this process, you’re likely to have permanent effects.”

Normal hormone activity can be disrupted by chemicals such as PBDEs and phthalates.

For example, in the U.S.  most pregnant women will test positive for PBDEs and phthalates exposure, either of which can interfere with  the function of the thyroid hormones.

“Thyroid hormone is involved in almost every aspect of brain development, from formation of the neurons to cell division, to the proper migration of cells and myelination of the axons after the cells are differentiated.

It regulates many of the genes involved in nervous system development.”

In addition, steroid hormone activity can be disrupted by phthalates.

“Phthalates are everywhere; they’re in all kinds of different products.

We’re exposed to them every day.”

Polluting the earth image from Shutterstock