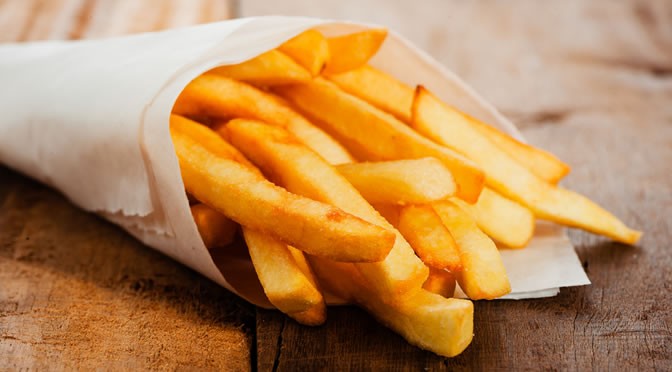 How processed foods change the brain’s ability to recognize fullness.

The research was conducted at the University of Georgia, Washington State University and Binghamton University (Cooper et al., 2015).

They switched rats’ normal diet to a high fat diet.

They found that the new diet changes the populations of bacteria living in the gut and alters the signalling to the brain.

Dr Krzysztof Czaja, the principal investigator on the study, explained:

“When we switch the rats to a high fat diet, it reorganizes brain circuits.

The brain is changed by eating unbalanced foods.

It induces inflammation in the brain regions responsible for feeding behavior.

Those reorganized circuits and inflammation may alter satiety signalling.”

After a switch to an unbalanced diet, microbiota in the gut will change.

“In the regular physiological state, many different strains of bacteria live in a balanced environment in the intestinal tract.

There are little shifts, but in general this population is quite stable.

When we start feeding the rats a different diet, there is an immediate effect.

Suddenly, different nutrients are changing the microenvironment in the gut and some bacteria begin to overpopulate.

Some sensitive bacteria begin to die and some populations may even vanish.

So, introducing a significant change in the gut microenvironment triggers a cascade of events that leads to this population switch.”

These changes lead to gut-brain miscommunication which happens when nerve cells that carry signals from the gut to the brain are inflamed and damaged.

Whether or not the change is reversible or permanent is a question that Dr Czaja and his colleagues will address in the future.

The body is accustomed to foods sourced naturally and so highly processed and artificial foods are new to our bodies.

This research show how the introduction of modified foods high in fat and sugar can disturb intestinal microbiota and gut-brain communication which can result in obesity.