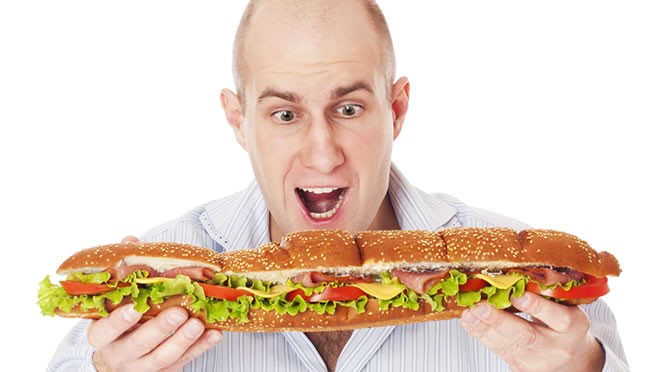 Strangely, people found the feasting harder than the famine…

A feast and famine diet could extend life, a new study finds.

It’s already known that fasting can extend the life of mice, but most people don’t want to fast all the time.

“People don’t want to just under-eat for their whole lives.

We started thinking about the concept of intermittent fasting.”

The study involved 24 participants who, over three weeks, followed a feast and famine diet.

This involved eating only 25% of their recommended intake of calories one day, and 175%  the next day.

For a man this is around 650 calories during famine and 4,550 while feasting.

On ‘famine’ days participants had meals like roast beef and gravy, but only had one meal the whole day.

Michael Guo, another of the study’s authors, said:

“Most of the participants found that fasting was easier than the feasting day, which was a little bit surprising to me.

On the feasting days, we had some trouble giving them enough calories.”

Mr Guo explained one of the study’s results:

“We found that intermittent fasting caused a slight increase to SIRT 3, a well-known gene that promotes longevity and is involved in protective cell responses,”

The same participants also followed the feast and famine diet while taking vitamin C and E.

This, however, did not help.

Professor Christiaan Leeuwenburgh, another of the study’s authors, said:

“…when antioxidants were supplemented on top of the diet, some of these increases disappeared.

This is in line with some research that indicates flooding the system with supplemental antioxidants may counteract the effects of fasting or exercise”.

Future research will look at more genes as well as the effect on muscle and fat tissue.

The research was published in the journal Rejuvenation Research (Wegman et al., 2015).