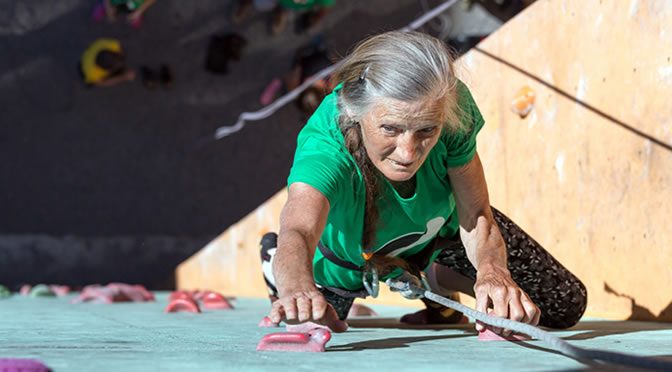 Decline in brain functions through normal ageing is a serious issue.

A study now shows that we need cognitive training  to improve executive function and aerobic exercises for improving memory.

“Many adults without dementia experience slow, continuous and significant age-related changes in the brain, specifically in the areas of memory and executive function, such as planning and problem-solving.

We can lose 1-2 percent in global brain blood flow every decade, starting in our 20s.

To see almost an 8 percent increase in brain blood flow in the cognitive training group may be seen as regaining decades of brain health since blood flow is linked to neural health.”

The training programs were both three hours a week for 12 weeks.

The aerobic exercise group sessions were five minutes of warm-up and cool down plus 50 minutes of indoor cycling or walking on a treadmill, while their maximum heart rate was 50-75 percent.

Professor Mark D’Esposito, one of the study’s authors, said:

“Most people tell me that they want a better memory and notice memory changes as they get older.

While memory is important, executive functions such as decision-making and the ability to synthesize information are equally, if not more so, but we often take them for granted.

The takeaway: Aerobic activity and reasoning training are both valuable tools that give your brain a boost in different ways.”

The reasoning training sessions suggested that an increase in global cerebral blood flow was related to  concerted mental effort.

“We believe the reasoning training triggered neural plasticity by engaging the brain networks involved in staying focused on a goal, such as writing a brief business proposal, while continuously adapting to new information, such as feedback from a collaborator.”

However, the exercisers had higher blood flow in the area of the brain that is essential for memory function, especially related to ageing and dementia.

Dr Laura DeFina, one of the study author, said:

“We know that physical activity can lead to improved fitness levels.

In our Cooper Center Longitudinal Study population, higher fitness has been shown to result in less all-cause dementia with aging.

The current study highlights the benefit of training both the body and the brain, as both produce observable benefits.

The initial findings are encouraging and underscore the need for a multifaceted approach when it comes to brain health.”

The study was published in Frontiers in Human Neuroscience (Chapman et al., 2016).