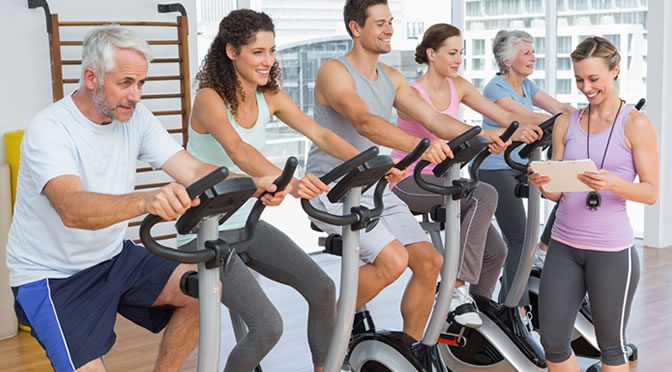 Researchers in this study conducted two experiments on healthy and active subjects.

Subjects had to cycle at moderate intensity over a half-hour period.

Compared to the rest period, participants performed the best at immediately recalling the words when they exercised before learning.

In the second experiment, participants were asked to wait between learning and recall for 30 minutes.

The study showed that exercising before or after learning resulted in better results for recalling the words.

However, the best score for recalling was when the subjects did the exercise after learning the words.

Dr David Marchant, one of the study’s authors, said:

“Our research suggests that an acute bout of aerobic exercise improves your short-term memory.

But when people had to wait to recall the words, they performed best when they exercised after learning the lists.

This improved memory didn’t come at the expense of making more mistakes during remembering.”

“Our findings are consistent with the idea that physical arousal improves memory, and those who need to learn information may benefit from taking part in exercise.”

The study was presented at the Annual Conference of the British Psychological Society in 2016.