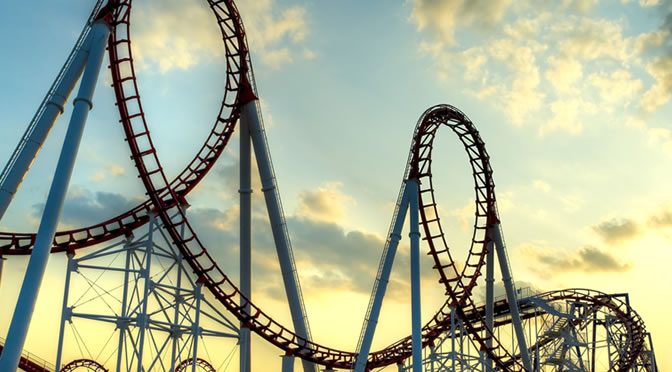 Kidney stones patients who take a ride in a roller coaster have a 70% chance of passing small stones.

The research idea came from some kidney stones patients who reported passing a stone after rides on the Big Thunder Mountain Railroad roller coaster at Disney World in Florida.

“Basically, I had patients telling me that after riding a particular roller coaster at Walt Disney World, they were able to pass their kidney stone.

I even had one patient say he passed three different stones after riding multiple times.”

So they tested the idea by using a model and took it on Big Thunder Mountain at the theme park 20 times and their results confirmed patients’ reports.

“In the pilot study, sitting in the last car of the roller coaster showed about a 64 percent passage rate, while sitting in the first few cars only had a 16 percent success rate.”

The results showed that when sitting  in the rear of the coaster, the passage rate increased to 70% and the rate could even increase to 100% if the stones were located in the upper chambers (calyces) of the kidney.

“In all, we used 174 kidney stones of varying shapes, sizes and weights to see if each model worked on the same ride and on two other roller coasters.

Big Thunder Mountain was the only one that worked.

We tried Space Mountain and Aerosmith’s Rock ‘n’ Roller Coaster and both failed.

The ideal coaster is rough and quick with some twists and turns, but no upside down or inverted movements.”

Lithotripsy is a procedure that breaks down kidney stones to smaller pieces, and it is a common treatment for kidney stones larger than 5 millimetres.

“The problem though is lithotripsy can leave remnants in the kidney which can result in another stone.

The best way to potentially eliminate this from happening is to try going on a roller coaster after a treatment when the remnants are still small.”

Professor Wartinger even recommends that after lithotripsy treatment patients try going on a coaster once a year to minimize any chance of future issues:

“You need to heed the warnings before going on a roller coaster.

If you have a kidney stone, but are otherwise healthy and meet the requirements of the ride, patients should try it.

The study was published in The Journal of the American Osteopathic Association (Mitchell & Wartinger, 2016).