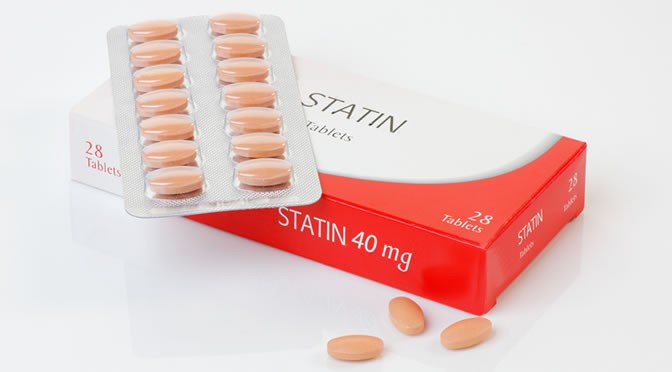 Cholesterol lowering drugs only benefit 1% of the population, but side-effects are common.

Statins, the cholesterol lowering drugs taken by millions, are not as effective as we have been led to believe, a new review of the evidence argues.

While statins like Lipitor do dramatically lower cholesterol levels, they do not substantially improve cardiovascular health.

And the numerous side-effects of taking cholesterol lowering drugs are frequently swept under the carpet.

Statins have been made to look effective by those running the studies with a little statistical sleight-of-hand.

The truth is that cholesterol lowering drugs only benefit 1% of the population.

This statistic is not often mentioned, though.

Instead a statistic called the ‘relative risk’ is used which makes it sound like they benefit 30-50% of the population.

Unfortunately this is not true.

The review, published in the Expert Review of Clinical Pharmacology, is by David M. Diamond, a professor of psychology, molecular pharmacology and physiology and Dr Uffe Ravnskov, an independent health researcher and cholesterol expert (Diamond & Ravnskov, 2015).

The study’s authors write about large trials of statins, including the Jupiter Trial and a Scandinavian study called ASCOT-LLA:

“In the Jupiter trial, the public and healthcare workers were informed of a 54 percent reduction in heart attacks, when the actual effect in reduction of coronary events was less than 1 percentage point.

In the ASCOT-LLA study, which was terminated early because it was considered to have such outstanding results, there were heart attacks and deaths in 3% of the placebo (no treatment) group as compared to 1.9% in the Lipitor group.

The improvement in outcome with Lipitor treatment was only 1.1 percentage point, but when this study was presented to the public, the advertisements used the inflated (relative risk) statistic, which transformed the 1.1% effect into a 36% reduction in heart attack risk.”

And then there are the side-effects of cholesterol lowering drugs, as the study’s authors explain:

“The adverse effects suffered by people taking statins are more common than reported in the media and at medical conferences.