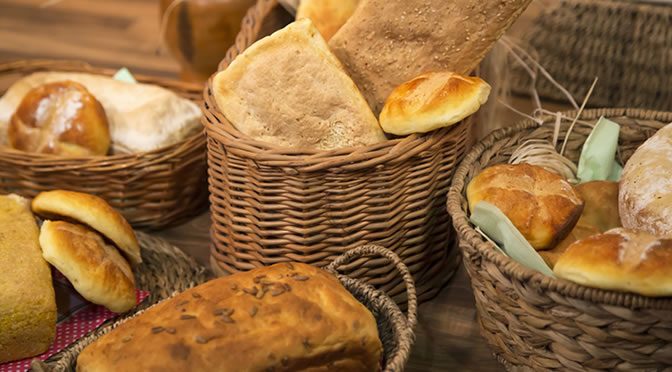 A protein in wheat that triggers the inflammation in serious health conditions including asthma, multiple sclerosis and rheumatoid arthritis.

People with coeliac disease are genetically susceptible to the disorders caused by the ingestion of gluten from wheat, rye and barley.

The immune system in coeliac disease patients mistakenly classifies gluten as an invader and attacks the small intestine lining leading to various gastrointestinal symptoms, such as abdominal pain, bloating and diarrhoea.

Previous studies have only focused on the impact of gluten on the digestive system, but new research turns the attention to a family of proteins which is also found in wheat called Amylase-trypsin inhibitors (ATIs).

Despite ATIs making up only 4% of wheat proteins, they cause strong immune reactions in the gut and other tissues in the body, generating inflammation in tissues of the brain, spleen, kidneys and lymph nodes.

“As well as contributing to the development of bowel-related inflammatory conditions, we believe that ATIs can promote inflammation of other immune-related chronic conditions outside of the bowel.

The type of gut inflammation seen in non-coeliac gluten sensitivity differs from that caused by coeliac disease, and we do not believe that this is triggered by gluten proteins.

Instead, we demonstrated that ATIs from wheat, that are also contaminating commercial gluten, activate specific types of immune cells in the gut and other tissues, thereby potentially worsening the symptoms of pre-existing inflammatory illnesses.”

Although people who suffer from non-coeliac gluten sensitivity do not have celiac disease, they share many similar symptoms and usually they also benefit from having a gluten free diet.

“We are hoping that this research can lead us towards being able to recommend an ATI-free diet to help treat a variety of potentially serious immunological disorders.”

The study was presented  at United European Gastroenterology (UEG) Week 2016.