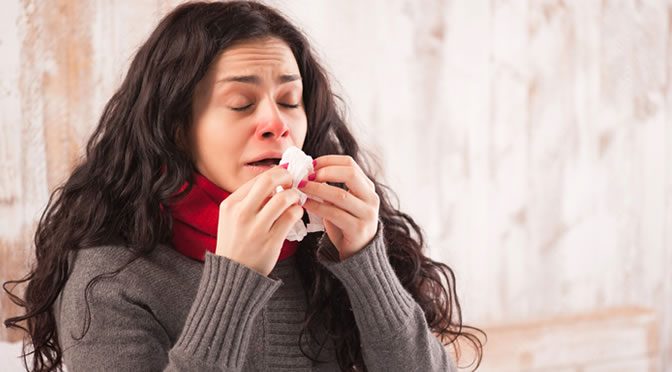 High dose of these lozenges can shorten the period of a common cold by more than 42% but low dosage has no effect.

A cold is a viral infection which affects the throat, nose and sinuses.

It usually clears up within a week or two but sometimes the symptoms can last three weeks.

According to multiple studies, though, taking zinc acetate lozenges can shorten a cold from a week to just four days.

The lozenges are available in health shops and local pharmacies and mostly effective when taken within 24 hours of the cold starting.

Zinc acetate lozenges are more effective than swallowing pills since the lozenges dissolve in the mouth.

The zinc ions are spread into saliva and then to the throat (pharyngeal region) and they also travel up into the nasal passages.

Therefore, by attacking the virus in the throat and nasal passages they work better on sore throats and nasal symptoms.

“Ordinary tablets that enter directly into the stomach, without releasing zinc in the pharyngeal [throat] region, are not effective.”

The recommended dosage is 80 mg per day and it shouldn’t exceed 100 mg per day.

“Zinc acetate lozenges releasing zinc ions at doses of about 80 mg/day may be a useful treatment for the common cold, started within 24 hours, for a time period of less than two weeks.”

The previous study showed that zinc lozenges also reduce the duration of cold symptoms, including reducing:

Patients in this study took, on average, 1 lozenge containing 9 mg zinc every 2 hours while awake and the total dosage was between 80 and 92 mg per day.

The researchers found that, compared to the placebo group, the colds of patients who took zinc lozenges were three days shorter than the full-length week-long cold.

“Common cold patients should be encouraged to try zinc acetate lozenges not exceeding 100 mg of elemental zinc per day for treating their colds.”

The study was published in the British Journal of Clinical Pharmacology (Hemilä et al., 2016).